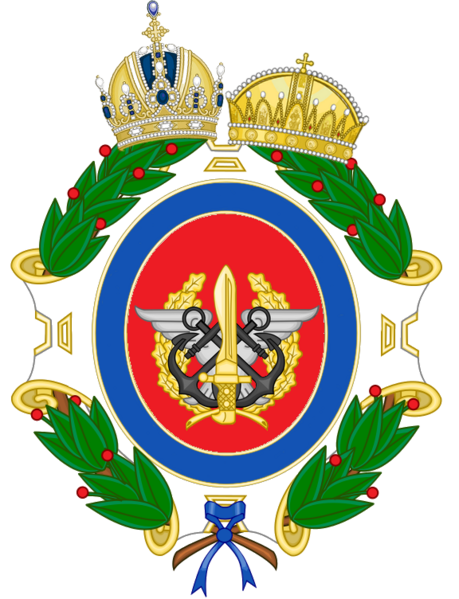 The military system of Karnia-Ruthenia, based upon the principle of the universal and personal obligation of the citizen to protect his homeland. Its military force was composed of the Imperial and Royal Army, a Imperial and Royal Navy and a Imperial and Royal Aviation Troops. The common army stood under the administration of the joint Minister of War. The common Minister of War was the head for the administration of all military affairs and for all questions related to national defence of the states members of the Empire, but the supreme command of the army is vested in the monarch, who had the power to take all measures regarding the whole army and Commander-in-Chief.