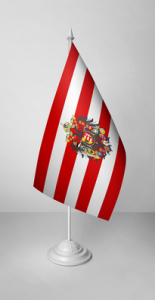 Karnia-Ruthenia, officially The Kingdoms and Lands of the Crown of Ruthenia and the Lands Represented in the Council of Karnia and also known by other names and often referred to as the Karno-Ruthenian Empire, is a constitutional monarchy largely based on the culture of the Austro-Hungarian Empire and is located in America, Europe and Eastern Antarctica. It was created as a constitutional union of the Kingdom of Ruthenia and the Empire of Karnia, as a result of the Karno-Ruthenian Compromise of 2016 and came into existence on 01 August 2016, when the compromise was ratified by the Imperial and Royal Council. The Empire consists of 14 territories being ruled by royal families, including an empire, six kingdoms, two grand duchies, four duchies and one principality.

The entire structure of micronational government is inspired by Austria-Hungary, although there is a deep preservation of democratic values and the integration of different micronational projects that coexist harmoniously under the leadership of Emperor-King. Citizenship can be acquired on its website for free, and political participation is widely encouraged. Diplomacy also has a prominent place in the history of Karnia-Ruthenia and its predecessor, the Kingdom of Ruthenia, which until the founding of the Empire, had established diplomatic relations with more then 100 projects.