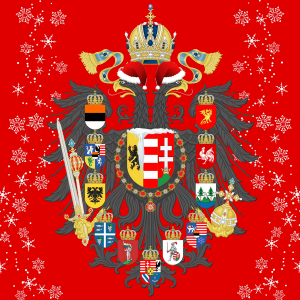 Respecting the tradition that began in 2014 and was interrupted only once, His Imperial Majesty, the Emperor-King published today the “Imperial Message in Comemmoration of Christmas Day”. The speech, written in English and Portuguese, which are the main languages of the Empire, in casual conversation tone with the citizens and friends of the Empire, wishing that feelings like generosity and kindness are present in the lives of all.

The complete speech can be read in Portuguese and English here.