The lower chamber consists of representatives deputies elected by direct election and plurality voting from each one of the constituencies of the Empire. The deputy exercises his legislative functions for a term of two years. The constituencies are determined by ordinary law and should not be numerically lower than the number of seats occupied in the House of Peers.
Locked
81 posts

We are present here among the elected peers of our Imperial Diet in order to present a request of the greates importance and in part mentioned before by the members gathered in this House of Representatives.

Despite of what was mentioned to His Royal Highness, the Duke of Argadia, is not true that His royal Majesty, the King of Cardonia, intended to renounce his rights on behalf of his brother, His Royal Highness, the Duke of Peruna. On 10 November, we talked about this issue and we reached a deal, where he would renounce his rights to the Throne on Our behalf in a petition to be made to the Imperial Diet, and also leave his position as Representative in the Diet, to be formalized at the same occasion. On Our part, we would grant to the King of Cardonia and the Duke of Peruna the title of Prince von Werzberg. He agreed with that, despite other requests he has made.

Also, without considering our terms, he still promotes his personal opinion as a formal and official statement from the Kingdom of Cardonia, whats is manifestly irregular, to say the best. Now, We were informed by foreign channels and confirmed by His Royal Highness, the Duke of Argadia, that the King of Cardonia violated again, our agreement. Considering this, We would like the Imperial Diet to vote 'yes' or 'no' for the following demands:

Once voted, the Imperial House will grant the title and the style promised to the Head of the House of Werzberg, in compliance of what the Sovereigns had decided and granted their words to the full commitment of the agreement. If Your Excellencies demands, We may present the whole conversation We had with the King of Cardonia, but inform that We didn't present it in this very request due the possible embarrassment that this may bring to the King of Cardonia, something we have no wish for.

On the matters presented by His Imperial and Royal Majesty,

As the current president of the Constitutional Party and on behalf of its associates, I come before this House to apologize for this mentioned behavior of one of ours. People really need to understand the terms of commitment as a basic and fundamental principle. I now seize the moment to clarify that, if this motion passes, HRH Joseph of Cardonia will be considered no longer a legal and valid member of the Constitutional Party.
Caio
Duke of Daugavia, Duke of Taxus
Top

Greetings.
It's sad to read that others were saying to me and others to the emperor. But I don't think he did it out of deception but because of inexperience. Since there is an agreement between the emperor and the ruler of Cardonia, I have no reason to disagree with the Crown's proposals.
Aggelos
Duke of Argadia
Top

Duke_Aggelos wrote:Greetings.
It's sad to read that others were saying to me and others to the emperor. But I don't think he did it out of deception but because of inexperience. Since there is an agreement between the emperor and the ruler of Cardonia, I have no reason to disagree with the Crown's proposals.

I must say that I agree with you and I think this is a sad thing taking place here and I also agree it happened because of his inexperience, but since we have rules to comply and certain parameters that we are expected to follow, in no moment HRH Joseph acted with the minimum expected of an authority of this House. He is a nice person, but here I feel obligated to judge his acts, or the lack of it, as a representative of his district. I pointed out to him in person the responsibility of being a representative here and reassured him to do the best he could in his own time, but he was not supposed to be absent. I feel sorry that, for example, he did not take some minutes out of his time - that I have no knowledge about how tight it is or not - to simply give us a yea or nay on our activities here. Summarizing it all, there was really nothing we could do to help in this situation, was there? It is a sad thing, but I do not think it happened because of any kind of talking other than his lack of actions.

As per the reasons for the Crown to make this requirement, I am pretty sure they have their reasons.
Caio
Duke of Daugavia, Duke of Taxus
Top

Friends, I leave my vote on the above. 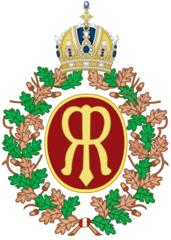 THE KINGDOMS AND LANDS OF THE CROWN OF RUTHENIA AND THE LANDS REPRESENTED IN THE COUNCIL OF KARNIA
FROM THE PRESIDENT OF THE HOUSE OF REPRESENTATIVES' OFFICE
His Excellency, the President of the House of Representatives, in exercise of the powers conferred on him, comes before the members of this House and the Karno-Ruthenian society to validate the request made by His Imperial and Royal Majesty about the demands on the King of Cardonia's case.

According to the outcome of the consultation, all the demands were positively consentaneous. The requirement now proceeds to the consultation and ratification by the His Excellency the Imperial Chancellor.
ഽഽ
Ministerpalast, 03 December 2O19. — His Excellency, the President of the House of Representatives.
Caio
Duke of Daugavia, Duke of Taxus
Top

Friends, follow the project to be evaluated and voted. This is the proposal to create the Imperial Circle.

The Imperial Circle is a voluntary association of independent and equal organizations. Sovereign states that accept to be autonomous in the Empire, but not annexed; each responsible for its own policies, consulting and cooperating in the common interest of our peoples and promoting international understanding and world peace, dominated by our imperial principles and influence international society for the benefit of all through the search for common principles and values.

The Project is attached, any questions I am available for clarification.

Grretings My Friends.
I have read the project and I think that it is similar to the british commonwealth ?
Aggelos
Duke of Argadia
Top

I believe it is a good comparison.
HRH Thomas
Prince of Karácsony-Maryen, Duke of Prince Island, Duke of Saena, Omubiito of Brigantia, Archduke of Aquiwedé, Count of Sofala.

Do you have potential members ? Or there are states who are ready to be members ?
Aggelos
Duke of Argadia
Top
Locked
81 posts

Return to “House of Representatives”