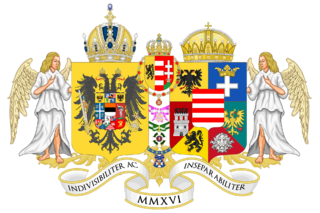 When they had come with their President, His Imperial and Royal Majesty was pleased to speak as follows:


My Lords and Members of the Imperial Diet.

My government’s priority is to secure the best possible arrangement to implement the national financial system. My ministers must be committed to working with Diet, the future business and future entrepreneurs to build the widest possible consensus on the country’s future in an economy that can reflect the national desire for growth and respect.

A bill must be introduced to provide certainty for individuals and businesses; our economic principles must be codified to inspire the rest of the micronations to understand the seriousness of the economic plan, but also the capacity of the Empire to manage and lead micronational evolution in the economic field. This may reflect in a number of areas, establishing new national policies on immigration, international sanctions, national safeguards, but we will compose the best possible terms in defense of the Glory of the Empire.

My government will seek to maintain a deep and special partnership with our Europeans and Americans allies and to forge new trading relationships across the globe.

My government will make further progress to eliminate, home and abroad, discrimination against people on the basis of their race, faith, gender, disability or sexual orientation.

Legislation will be brought forward to promote protection to the victims of domestic violence and abuse.

My ministers will work to improve and improve our campaign for new citizens and increase our population, but also improve the participation of all citizens into the political life of our Empire.

My ministers will continue to invest in our gallant Imperial and Royal Armed Forces, in its structure, staff and the creation of integration between the armed forces and the Imperial Government, creating bonds and expanding the exchange of experience among its members.

My government will bring forward proposals to ensure that critical national infrastructure is protected to safeguard national security.

A commission for countering extremism will be established to support the government in stamping out extremist ideology in all its forms, both across society and on the internet, so it is denied a safe space to spread.

My ministers will ensure that the Empire’s leading role on the world stage is maintained and enhanced in every possible opportunity and my government will continue to drive international efforts to project our Imperial values around the world.

My government will work to find sustainable political solutions to any micronational conflicts across the globe and will continue to support international action against climate change, including the continuous implementation of the Micronational Declaration on Ecological Stewardship which began in 2017 officially, but whose actions in this direction are prior, even to the foundation of the Kingdom of Ruthenia in 2014.

Members of the Imperial Diet --

Estimates for the public services will be laid before Your Excellencies.

My Lords and Members of the Diet --

Other measures will be laid before you.

I pray that the blessing of Almighty God may rest upon all of us.

Return to “House of Peers”