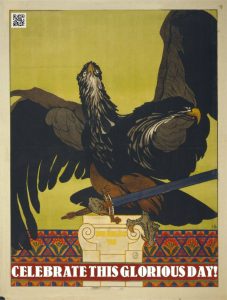 On 19 November, the Empire celebrates the Foundation Day, a national holiday celebrating the founding of the Kingdom of Ruthenia, the predecessor state of the Empire. As is tradition, the day is filled with special events celebrating this august date of our Empire.

In addition to the official message of the Emperor-King with some thoughts on the evolution of the Empire, a list of honors is expected for nationals and foreigners who marked the history of the Empire this past year.

It is also planned is the debut of the “Persenburg Citadel”, the new national forum. The former was deactivated by an ex-citizen in an atrocious act, but a cooperation with the United Provinces of Mauricia presented the Empire with an unprecedented technological advance, further narrowing the Empire’s partnership with micronations of the Lusophone sector of micronationalism.

At the Imperial Court, the day will be very active. In the morning, the Emperor will attend a mass at St. Stephen’s Cathedral, accompanied by Archduchess Denise, followed by a formal lunch in Hofbau and at last, the Emperor and Empress will attend a concert in the evening.