Karnia-Ruthenia, Persenburg.
15 April 2019.
From His Imperial and Royal Majesty’s Own Office.

Early this afternoon I was informed of the catastrophic fire that is destroying the Cathedral of Notre-Dame de Paris.

It is impossible for me not to remember the visit I made to Paris at the end of 2013, which I extended until the beginning of 2014. Among my impressions on the French capital, one of the most striking was that of the cathedral in particular.

I felt my soul being filled by faith, by history, by beauty, and by the grandeur that permeated that place. Invaluable treasures were protected by their walls and excited hearts gathered there to pray, to admire, and to learn. Historical, cultural and religious landmark, it is a unique place in the world.

I did not dare to see many scenes of what had happened. It is not what I want to keep in mind when I think of Paris, a city that has wonderfully welcomed me and of which I have great longing and admiration.

But I know that this suffering will lead to the bravery and historical and cultural reverence that mark the personality of the French people. Let us all leave this tragedy, as humanity that loses one of its greatest treasures, like a phoenix: sprouting life from the ashes.

We will rebuild the Cathedral and in thought, it occurs to me that one of the great values of the West is to overcome tragedies and grow even more. We will look, by virtue of our loss, with greater reverence for this landmark that is also the heart of France.

We stand in solidarity with the French Catholics and the Parisian population. We pray for the firefighters and for all those who do the best to deal with this situation and who have heroically saved many of their treasures.

30 January mark the day when the Duchy of Libertia joined the Kingdom of Ruthenia, back in 2015. This union of forces were pivotal to make Ruthenia establish itself as a promissing micronational project that eventually would also merge with Karnia to become the Empire of Karnia-Ruthenia, the micronational entity we known today and have spread its influence all over the world. But during the celebrations of the “Libertian Day” of 2019, another union, less equal, was realized.

The Kingdom of Cardonia is a constitutional monarchy located in Asia. Founded by Carl of Cardonia, better known as Carl, Count Rostrand in Karnia-Ruthenia, on 05 February 2015. It is located withing the boundaries of Ishigakiyama Castle Park. After being dethroned in 2016, Carl recovered the throne and was eager to request his merge to the Empire. But the terms of the treaty were very restrictive.

The Treaty of Libenstein, also known as the Karnia-Ruthenia–Cardonia Annexation Treaty, was made by the rulers of the Empire of Karnia-Ruthenia and the Kingdom of Cardonia on 30 January 2019. In this treaty, Karnia-Ruthenia formally annexed Cardonia following the turnover of internal and external affairs to Karnia-Ruthenia. Karno-Ruthenians commentators predicted that Cardonians would easily assimilate into the Empire, especially due the provision that the Karno-Ruthenian Concession in Hakodate would become part of the Cardonian territory.

As Oscar I ceded Hakodate to become territory of Cardonia, that in turn was annexed by the Empire, he received as compensation for this “loss of territory”, was ceded to him the former Cardonian royal titles of “Grand Duke of Leuvenberg and of Strena”, and the newly-created title of “Protector of Cardonia”.

The Empire grew and reorganized itself in Asia. It remains to observe the gains for the Empire. Will this treaty of hard terms be advantageous?

We, the undersigned leaders of the Antarctic micronations, organizations and new nation projects, decisively condemn the actions of Alexey Palkin and of all people associated with the so-called “Antarctic Union”, who unilaterally and without our permission declared us members of this “union”, as appears on the group’s website.

None of the entities we represent bear any connection whatsoever with the group in question, and we call on Alexey Palkin and other people associated with it to immediately remove the mentions of us from their website. Not only are such claims factually incorrect, they constitute a copyright violation and should our demand not be met, we will take all the necessary measures to protect our intellectual property.

We furthermore condemn the so-called “Antarctic Union”’s claims to be issuing “Antarctic passports with visa-free passage to over 100 countries”, offering “houses in Antarctica for sale” and being related to some nonexistent “Bank of Antarctica” as outright fraud disguised in micronationalism, and reserve the right to contact the relevant law enforcement authorities in order to put such activities to an end.

We reaffirm our commitment to Antarctica as a unique natural reserve, free from human intervention, attempts at colonialism and international con artists.

Supported by:
H.I.M. Jonathan I, Emperor of Austenasia

Onn 07 August 2009, following the common rite of the micronations created in Brazil, which were intended to be historical-modelist micronations, Oscar I founded the “Kingdom of Montenegro“, which lasted two days and was abandoned by its founder, whose micronational trajectory moved away from historical-modelist system and led him to the Imperial Throne, ruling the Empire in a story begun with the Kingdom of Ruthenia in 2014, after involvement with minor micronations since 2009.

However, nine years have passed and the project that was His Imperial and Royal Majesty’s first step in micronationalism was restored and reorganized in the now Kingdom of Eslavija.

The kingdom was refounded in a statement that a state of Slav culture must have an indivisible and unitary territory, ruled by a constitutional and parliamentary monarchy, recognizing Slavic languages and their cultures as equals, as well as the Latin and Cyrillic alphabet, and Orthodoxy, Catholicism and Islam, religions practiced by most Slavs, recognized as official and protected by the state. Moreover, it defends the equality and freedom of citizens regardless of their origins, beliefs and individual options.

A second document was issued, ordering the restructuring of the state, establishing the Eslavija, the restoration of the former king to the throne and that this be transmitted to the other micronations and to the Emperor-King, who, if he wished, accept the throne.

The affirmative answer came exactly nine years after the founding of the proto-state which originated in Eslavija. However, conditions were imposed on both sides. On the part of the Eslavijan government, the imposition is that the kingdom never would be absorbed by the Empire. On the part of the restored king, is that his reign would be provisional, with the intention of organizing the state, preserve its history and appoint a worthy successor for the future. Both sides accepted these conditions.

Although the separation between Eslavija and Karnia-Ruthenia is assured, the Empire gains a zone of influence next to the projects of the Lusophone sector of micronationalism.

Earlier this evening, His Imperial and Royal Majesty sent to the Government of the North American Confederation an official report announcing that the Imperial and Royal Government had denounced the Acrin Admission Act, a document which united the administration of the Kingdom of Acrin with NAC. As a result, the Kingdom of Acrin is again being administered only by the central government of Karnia-Ruthenia.

Once notified that Emperor William I and Prime Minister Joseph Marx received the statement, His Imperial and Royal Majesty, the Emperor-King, made the contents of the communiqué available on the national forum.

The missive, which mixed legal, diplomatic and emotional aspects is available for reading here.

This afternoon, His Imperial Majesty, the Emperor-King and Mr. Carl von Joseph und Rostrand, the first citizen of the Empire born in Japan, signed the Treaty of Hakodate, which marks one of the most ambitious expansionist attitudes of Karnia-Ruthenia, establishing its first territory in the Far East.

Officially created as the “Karno-Ruthenian Concession of Hakodate“, the area occupies part of Hakodate Park, with little more then 10,000 square meters and famous for the cherry blossom-viewing season.

Mr. von Rostrand, now created “His Illustrious Highness, Count of Rostrand“, was appointed as Governor-General of the Concession in Hakodate. As a micronation, Hakodate was placed entirely on the tutelage of the Empire, being subject to the same laws, justice and Head of Government and State.

In international law, a Concession is a territory that is administered by an entity other than the state which holds sovereignty over it, being conceded instead of conquered or any action in this sense.

In the middle of the afternoon of this last working day of the government, His Imperial Majesty, the Emperor-King, decreed the establishment of a Regency between 29 December 2017 and 05 January 2018. The reason for the establishment of a Regency is the travel of the Emperor-King and Empress Consort to the Argentine Republic on the date mentioned above.

Will be members of the Regency: King Christian of Carpathia, Duke Guilherme of Libertia, His Royal Highness, Michael, Duke of Appinfeldt and His Serene Highness, Prince Wilhelm von und zu Hochbach, which will chair the same.

Created this morning by Imperial Decree n. 119-2017, the Imperial Bank of Karnia-Ruthenia is the first financial institution created in the Empire, also serving as the central bank. According to the decree, the missions of the Imperial Bank are the issuance and management of banknotes, implementation of monetary policies, providing settlement services and ensuring the stability of the financial system, treasury and government securities-related operations, compilation of data, economic analyses and research activities, among others.

This decree marks the resumption of imperial government plans to implement future mercantile practices, an objective that was foreseen many years ago and reinforced after talks with micronations located in North America since the Congress of Colo. The economic question also finds interest and sympathy in micronations located in South America, that has skillfully ventured in this branch of micronational activity at least from the beginning of this decade.

The decree can be read here. 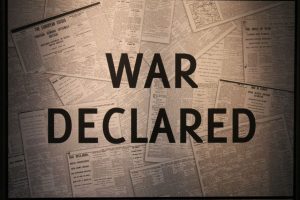