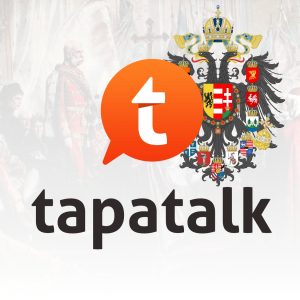 With great emphasis, the Imperial Government announced this evening another result of the Empire’s cooperation with the United Provinces of Mauricia, the most active Brazilian micronation these days.

Making use of the Tapatalk application, recently incorporated into the Persenburg Citadel – the national forum of the Empire, citizens, virtual tourists and dignitaries will be able to acess and use the forum on their mobile devices with immense quality, being able to participate in chats and receive notifications of recent activity as well as other resources.

The partnership between the Empire and Mauricia has been masterfully conducted by Count Lucas of Orange, also Count Eichweiss in Karnia-Ruthenia, responsible for the new national forum as well. His reputation in the Empire is extremely positive and the forum itself honors him: Orangeplatz, a common topic for informal conversations, was named after him.